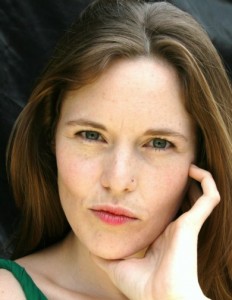 This is my “curious” face. Because I really am interested…Also, don’t pinch me- I am wearing green…

When I’m asked to describe my ethnic make-up/background, I often answer that I’m half-white trash and half-Jewish. My Mom’s side is composed of working class southerners whose attempts at genealogy are stymied by orphan grandparents, sub-par record keeping and the erasure of the impoverished by history. That being said, strangers often think that I look Irish. I’ve even worked promoting Bushmills Irish whiskey since I looked the part.So I feel at least as Irish (entitled or not) as the grand majority of those out celebrating today, most of whom are hardly Irish themselves. Perhaps it is this dichotomy, between my lineages, that led me to question why St. Patrick’s day is celebrated publicly in a way that Purim is not.

This year Purim and St. Patrick’s day fell around the same weekend, prompting copious excuses for drinking and carousing about.Both holidays prominently feature imbibing as part of their protocol. With Purim, one is instructed to drink until you can’t discern between Haman and Mordechai, the villain and hero of the backstory to the holiday respectively. Both involve dressing up (in costumes for Purim, in green for St. Patty’s), both have religious origins, both are holidays based in cultures with long histories of persecution and diaspora. So why is it that one is so mainstream and commercialized while the other isn’t even well-known? If you are looking for answers, I’m not sure I have them. But I am open to suggestions….

I am not saying that I want Purim to get all blown up by the Goyim, either. I just took note today when I saw Asians in green and Black people dressed as leprochauns, and thought, wait if it’s all just an excuse to get drunk, why don’t they latch on to Purim too. ( I don’t disclaim the possibility that any of those POC have Irish descent, because they very well might). It seems however that St. Patrick’s day, like Cinco de Mayo or Mardi Gras, has overflowed from it’s cultural container and been assimilated into American culture generally, while Purim has not. Here in LA, they are probably far more Jews than Irishmen ( let me know if you have contradictory data) so that doesn’t entirely make sense to me. Maybe in New York ( although I’d love to know the comparative data on that town as well), very likely in Boston, the Irish outnumber the Yids but here you would think the sheer number of Jews would propel enhanced Purim awareness. Is it because we are too insular? Do we need to re-brand Purim for the masses?  Is there anti-semitism at work? Because otherwise what is the explanation as to why folks are missing out on another excuse to get black-out wasted?