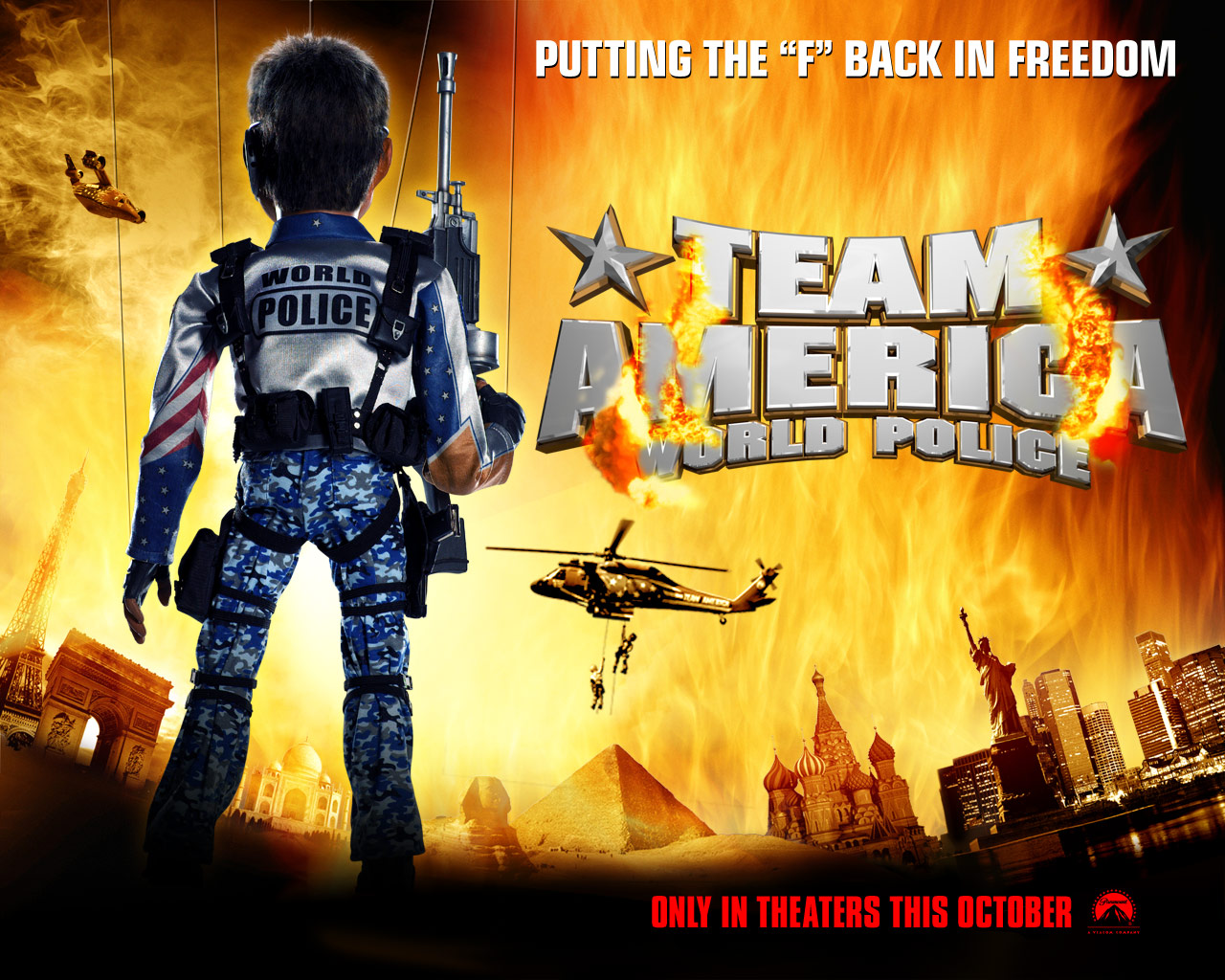 In the less than twenty four hours since Osama Bin Laden was killed by US forces I have noticed a trend in the responses my friends and acquaintances have posted on FB and the like- lots of South Park style enthusiasm. “America- fuck yeah!” the triumphant slogan of the marionettes in the Team America movie has been co-opted as a popular reply to a event of international largesse. Team America: World Police was supposed to be a lampooning of patriotism and American over-involvement in international affairs and is well understood to be satire. So why has it so easily been transmutted into sincerity ? The same phrases used to address terrorism on a satiric level is being used to address terrorism on a serious level. Huh?

In another example, I watched the introductory video for Obama’s speech for the White House correspondents dinner and thought it had to have been done by whoever is in charge of video at the Stephen Colbert show. It had the same campy patriotism on display. And while the president’s jokes were funny and appropriate to the context of the event, I was surprised he was willing to offer up the symbols of his station( bald eagles, american flags etc) for even the slightest derision. Is he unconcerned by the cheapening of possible propaganda tools?

In college I read about the use of satire as a tool of the oppressed to needle those in power. What is interesting to me is the fluidity between satire and sincerity, between jokes made to make fun of people in power and the people in power using the jokes to their credit. Who wins and loses in the trade?