I’m “all right”, I don’t know about the rest of them 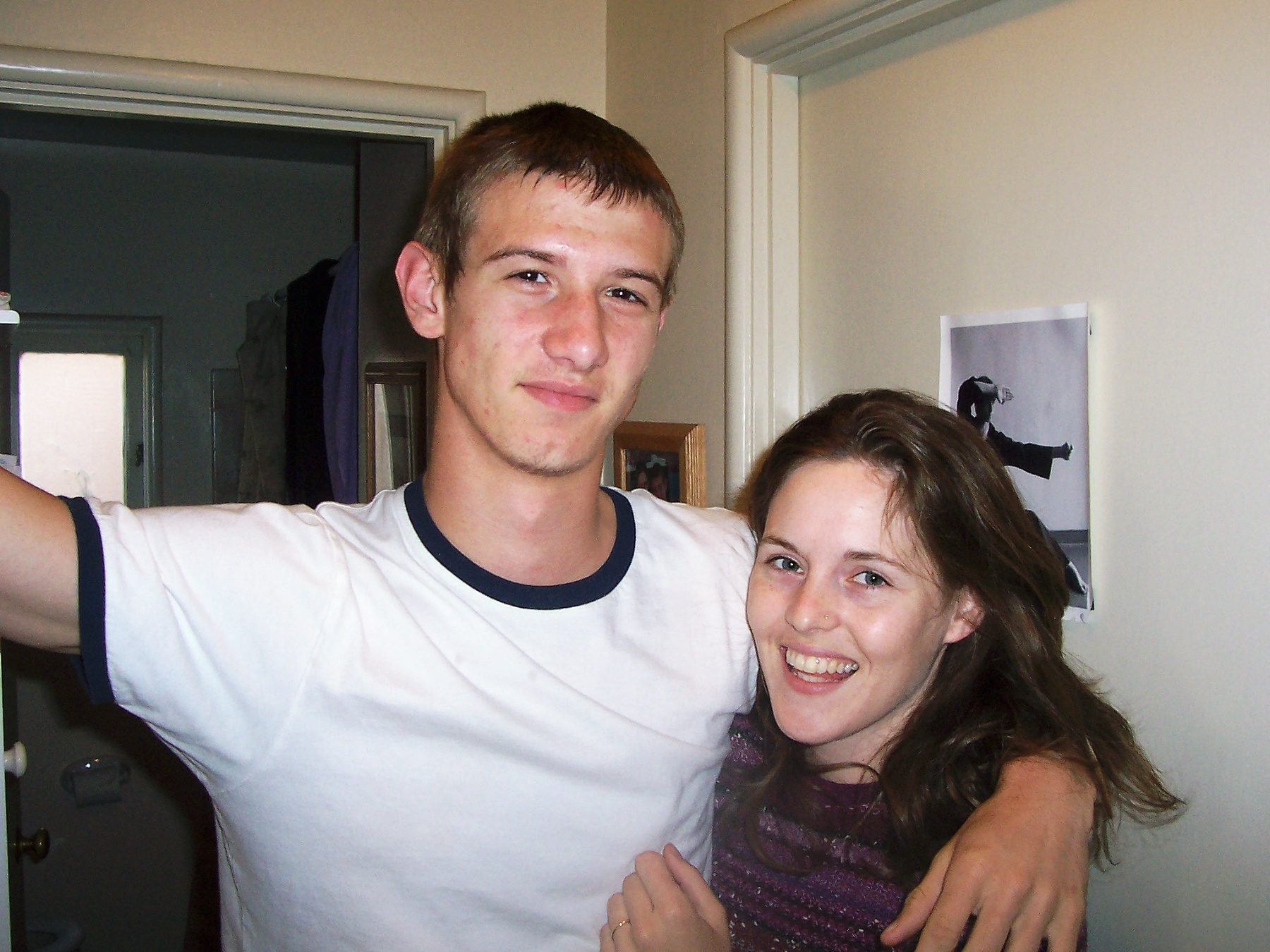 Because I only review movies after everyone else has had a crack at them and I can have the last laugh, I finally saw “The kids are all right”.

It’s hard because as a marginalized community, we don’t want the portrayals of our families to be anything but positive. Let’s start off looking good on film and then we can take on complicated…Ms. Cholodenko doesn’t deal in simple though (see High Art, Laurel Canyon). I was nervous going into it because I wasn’t sure that I would be happy with the way a lesbian family is shown and it is so important to me as the daughter of lesbians.

It is a blessing that from the very first scene the film rings true. Their dinner table banter is familiar in the best of ways. It allows the audience to trust that the filmmakers know what they are doing, that we are in good hands. I teared up throughout because it was so real and cute.

Particularly, Josh Hutcherson does a spot-on job as the son of lesbians, I had to call my younger brother afterwards and tell him how wonderful he is. Nothing beats a man raised by lesbians. Mr. Savage in his New York Times review mentioned the character being starved for male attention but I didn’t get that vibe. He observes closely father-son relationships certainly, as in the scene of him watching his friend and his friend’s dad wrestle, and is interested in knowing his own dad’s identity but upon meeting him, he is far from sycophantic. He isn’t blind to his faults, unlike his mother and sister. Mr Hutcherson did a great job of showing how boys will be boys in any household and how much they love their mamas. If nothing else just watching that on film made the trip worthwhile. So what’s the problem?

From what I’ve read on the lesbian blogosphere(thanks Mombian.com), the main issue taken with the film resides in the fact that Julianne Moore’s character, the more femmey one (spoiler alert) sleeps with the newly discovered sperm donor. Not just once either, she has an affair. This has sent the lesbians into a tizzy. What is this film trying to say? Did it need to go about saying in this way? Lots of good points have made on both sides. I especially enjoyed the pointing out by Lesbian Dad that movies need conflict so something had to happen right? I have tried coming up with a better, different conflict to tackle and ain’t got much. It could have been a lesbians vs. the system thing but that’s a different tone entirely.
Mr Savage also bemoaned that the movie ended with the donor being cast out of the family circle, since he is so appreciative of his relationship with his children’s surrogate. Well, I hope she doesn’t try to break up your marriage sir.

And here’s the crux of what’s absurd about that idea. Gay men don’t really harbor any insecurities of women, any women, Miss USA whatever, stealing their men. It’s not considered much of a threat. Why is that? Well there is a great double standard set up by homophobia by which if a man sleeps with another man, even once, he is cast out from the league of straight men, forever suspect. We as a society think bisexual men are really gay etc., but with women it is the opposite, they are perpetually waiting for the right dick to come along, she just hasn’t gotten laid good enough, it’s just a phase and the like. It is this fallacy, that lesbians can be turned straight, that when internalized leads to the discomfort around this film. Men seem to think it can be done and consequently try, lesbians end up defensive. And American film, so far, hasn’t much helped the situation. After all, as many have pointed out there is hardly a lesbian on film who hasn’t fallen for a guy(see Chasing Amy, Kissing Jessica Stein), so it makes us nervous that this is just going to more of the same.

I am happy to say that by my mind it is not. After watching this movie it becomes clear that Mark Ruffalo’s character has lost the battle. He is the odd man out( to Mr. Savage’s chagrin). Seducing lesbians isn’t a great idea, this movie says, it won’t end well for you. This is because Julianne Moore’s character doesn’t actually turn straight, as she stresses to her long term partner, Ms Bening, once the affair is exposed. She reiterates this fact, that she is gay, to the donor when he proposes actually making a go at being together romantically. Yes, she slept with a man but this doesn’t change who she is- (I think this is rather obvious but it is revolutionary in film history).

As to why she sleeps with a dude in the first place and of all dudes, that guy? Well,her sleeping with a a woman wouldn’t have worked as a plot device. If she had an affair with another woman it would have been a much more significant threat to her relationship, she might have actually left her partner for another woman. Whole different movie, way more depressing (see real life). The dissatisfaction Ms. Moore’s character is experiencing in her relationship is what leads her to cheat. It being with a man makes the whole thing less heartbreaking really. But why him?

Mark Ruffalo’s character for me is the least likeable in the film, despite his organic farming. I am a straight woman and I didn’t want to sleep with him, unlike in most of his other films, where… yum. My distaste was based partially on his smug arrogance, the quality which leads him to believe he can “turn” Ms. Moore straight.

Femme lesbians are used to this misplaced confidence. My own father, a one night stand in Paris, thought that he had turned my mom straight for an evening thirty years ago until I broke the news to him that she had already been planning to get pregnant before meeting him. He was more of a means to an end in that case and unhappy all these years later to hear it. He was operating under that same tired assumption that even though she had been a lesbian for years, she would give it up for him.That sleeping with him might change her mind. That’s patriarchy for ya, if you ask me. Anyhow this is the unspoken truth that sits below this movie. This double standard is what we as an audience are in relationship to. I see it as basically what the movie is about. A weakened lesbian relationship that when exposed to patriarchally endorsed seduction temporarily falters but struggles along, and the kids are supposed to be okay throughout.

I found myself feeling so protective of Ms. Bening’s character. The case can be made that she is the protagonist in the film, the head we get the most inside. Certainly, she drew the lion’s share of my sympathy. She is supporting the family, being the disciplinarian and can’t have a glass of wine without people bitching about it. And then her wife cheats on her with a man. He’s lucky she didn’t snap and shoot him.

Anyhow, It’s a movie that made me appreciate the butch women in my life. The ones who have had to deal with men who thought they could bed their women, who played the role of “daddy” by being my protector and champion, responsible stable figures in my life, who have shown my younger brother how to be strong and soft at the same time. I want to see more of these kind of women on film. Ms. Bening does a great job of beggining.

So the sleeping with the donor part didn’t bother me and I loved seeing a family even a little like mine on the big screen, what a novelty, what pleasure.…But I can’t help but be bothered by one thing. Can we talk about the weird anti-sexuality of the daughter? She, as a character comes equipped with a male best friend who she might be in love with but can’t get up the nerve to kiss and a promiscuous best girlfriend who she is constantly shaming. What’s with this sex negativity? Part of what I love about being a part of the queer community is its’ healthy attitudes about sex. Neither of the kids in this film seem to exhibit such positivity.

By the time I was their ages I was far from virginal and I am more the norm. If this movie got it right she’d be much more like her slutty best friend. Studies of children of lesbians find us to be promiscous during adolescence but then we settle into normative serial monagamy like everyone else. As opposed to the daughter in this movie, who when she finally kisses her best friend doesn’t seem to know how to make-out. She ends up kissing him about the face with chaste pecks instead, which is super weird. She’s supposed to be eighteen?!

Likewise the son’s sexuality is totally absent other than his parents wondering whether he’s gay and him clarifying that he isn’t. Not much to go on there. Okay, so I can see that this isn’t what the movie is about but as Queerspawn myself I did take notice of it. Perhaps it’s because we kids of gays are only now hitting ages where our sexuality comes up and counts. I am almost thirty and leading the pack. The fact that their sexualities aren’t explored just leaves more room for me and my story in the social consciousness. Thank goodness because the negotiation of heterosexuality by someone raised in the queer community is the subject of my upcoming book. It’s going to be great!