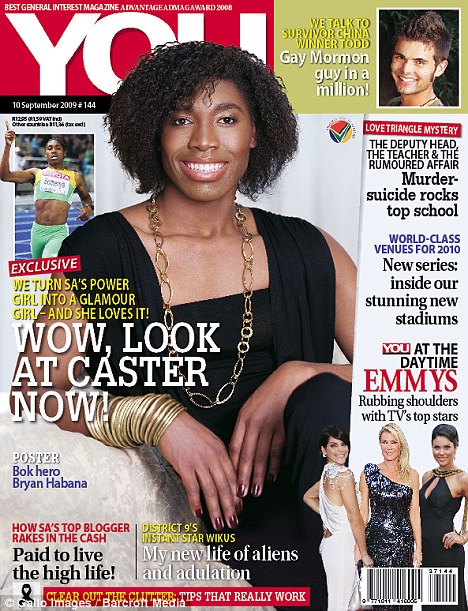 Here’s an awsome article on a hospital in Merced, CA that is doing right and incorporating indigenous traditions into Western healthcare. It mentions one of my favorite books, “The Spirit Catches You and You Fall Down: A Hmong Child, Her American Doctors, and The Collision of Two Cultures” by Anne Fadiman (Farrar, Straus and Giroux, 1997) which chronicles an example of the tragedy that occurs when there is inappropriate communication between families and healthcare entities. I am heartened that something is being done to improve the situation.
Also- an update on the crazy case of Caster Semenya, the poor young woman caught in the middle of the gender testing/running thing. She has been found to have internal testicles and lack ovaries and a uterus. She is considered now to be interesex. I read a comment about it that part of why her “sexual abnormalities” went undetected until international attention was brought to it ( Can you imagine what that must feel like for her?) was because rural hospitals make their decisions about sex based on an initial visual check. I thought, um isn’t that generally the idea? What are our fancy hospitals doing differently? I’m not sure how I think sports should handle gender or how I feel about sports being the arena in which we as a world decide what “gender” means. It seems like an unlikely forum for constructive discussion to take place. I have mentioned this earlier in my coverage of this story but now I have a “glamour girl” shot of the young woman in question that was printed in a magazine. So that adds an extra layer of gender performance to all this. One article mentioned that make-up and clothes can’t turn someone into a woman but it can certainly help- that’s true. Gender cues go a long way. But it seems to me that how she feels about herself is what is important.Check out the gay mormon up in the corner too.