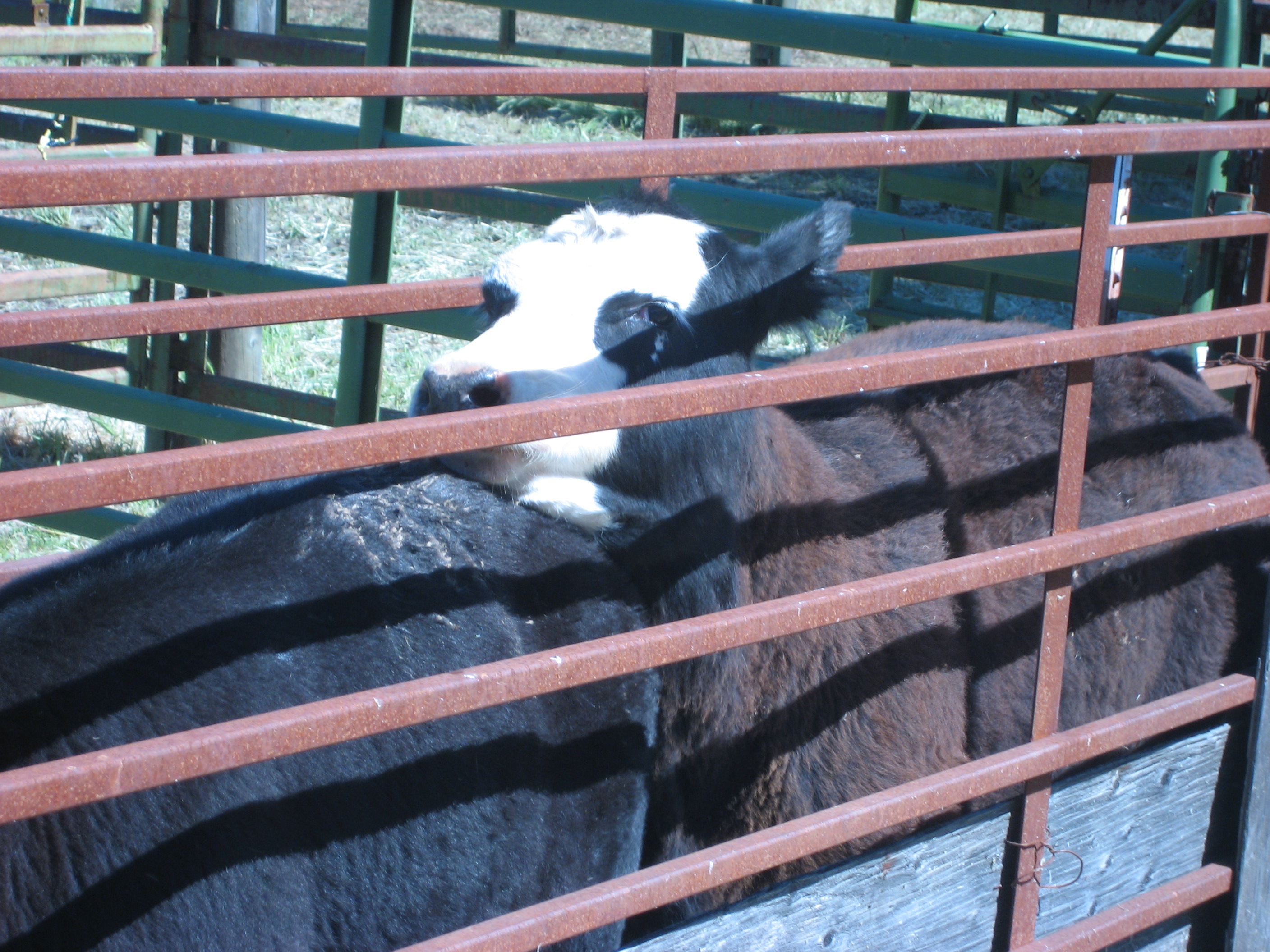 On Sunday I had the pleasure of attending the open casting call for the upcoming Hugh Grant/Sarah Jessica Parker movie, ” Did you hear about the morgans?”. It’s supposedly about an urban couple who has to be put in the witness protection program and end up in a rural small town. I think its supposed to take place in Wyoming but is being shot here. The fun part was that the ad had called for folks to come in Western wear. People take that seriously out here, they wear it day to day, bolos and such. In LA, this might have manifested itself all Coyote Ugly – hot chicks in cowboy hats and daisy dukes. Here is authenticity: cowboys in chaps with fringe, mustached men in duster coats, girls in wranglers sporting jackets with rodeo patches on the back. On my way up to the location of the affair, I passed a cowboy grazing his horse on a patch of grass stuck on an island in the middle of the street. People brought their own horses for goodness sake! These were not wannabe starlets like myself.  The parking lots was all trucks, an f-250 sidled up to a suburban with a patient grandma waiting in the passenger seat. Inside, waiting in line is a kid on crutches who looked like he might lack access to modern health care. These people are what Hollywood hires make- up and wardrobe to create… but this was the real thing. These are folks for whom the movies cast a spell of fantasy and escape and who thought it’d be fun to see behind the curtain. I guess in this we are not dissimilar. A three year old buckaroo is holding  the paper that has his number on it, under his chin, his tiny spurs clicking together on the back of his cowboy boots, while his grandpa stands awkwardly next to him, as a casting assistant takes their picture. This is the whole point of their having waited in line for the last hour, this portrait.  The one that may lead to a phone call that brings them into the sphere of the stars. The scene makes me understand the appeal of shooting here as opposed to in the simulcrum of La-La Land. Here you get real cowboys and ranch hands at 8.50 an hour.